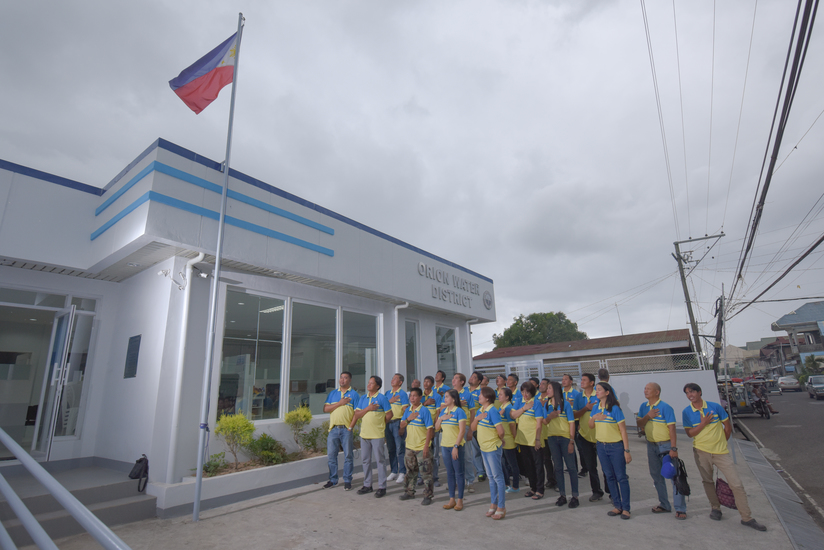 Pursuant to Presidential Decree No. 198 otherwise known as the "Local Water Utilities Act of 1973" as amended by P.D. Nos. 768 and 1479, and the Local Sangguniang Bayan Resolution No. 45, the Orion Water District (ORIWAD) was created on July, 1993.

The District was given Conditional Certificate of Conformance No. 527 by the Local Water Utilities Administration (LWUA) on January 14, 1994. Before its formation, there were few existing water supply systems in the locality and the residents acquired water through available free-flowing and privately owned deep wells. The construction of the water supply system is a great help to the residents of Orion through the approval of Brgy. Resolution No. 45 ( A Resolution Approving The Turn Over/Transfer of Municipal Waterworks Facilities to the Orion Water District and Authorizing the Municipal Mayor to Execute Deed of Transfer for this Purpose).

Since 1992, by virtue of the Supreme Court En Banc decision, G.R. No. 95237-38 (Davao City Water District, et. al. vs. CSC et. al.), water districts were declared Government Owned and/or Controlled Corporation (GOCC) with original charter, and as such, they are under the jurisdiction of the Civil Service Commission and Commission on Audit.

At present, the District is utilizing seventeen (17) well sources to provide potable water to its nineteen (19) Barangays. It has a total of 5,345 service connections as of December, 2014. Through hard work and dedication of its personnel, ORIWAD was able to withstand the hardships and challenges of time and was able to make use of its resources in order to achieve its goal and objectives in giving the best water service to people of Orion.

The ORIWAD is composed of twenty eight (28) employees under the leadership of GM Daphne N. Cajayon. The Board of Directors, the policy making body of the District, is composed of 6 members.